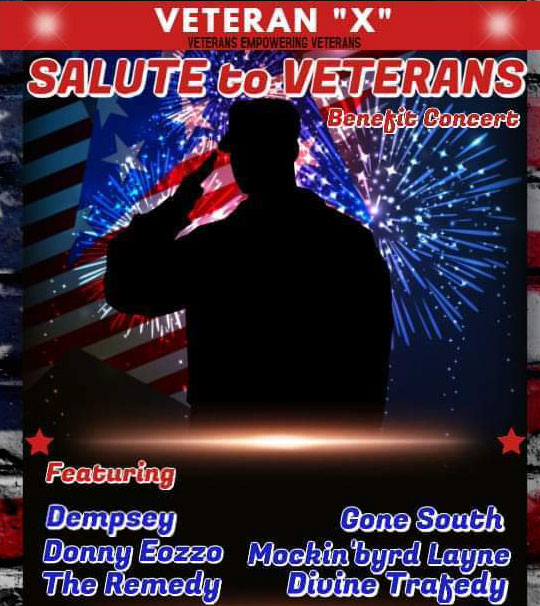 Join us tonight at 7pm on the Grass Roots on The Rock Station 97.7 Show as we visit with Terry Blair, one of the organizers of the upcoming Veteran “X” Salute to Veterans Benefit Concert, which will feature Dempsey, Donny Eozzo Music, The Remedy, GONE SOUTH, Mockin’byrd Layne, and Divine Tragedy. Terry, a musician and a veteran himself, will give some background on Veteran “X” as well as details on the concert. We’ll feature music from some of the performing bands as well as music from After The Fall, Stone Wicked Souls, Laura Thurston, and the Granati Brothers.